I recently encountered an issue with my own office laptop. After updating its drivers using Driver Easy Pro, whenever I tried to open the Radeon graphics card settings, I got the following error:

Radeon Settings version and Driver version do not match. Please try again after updating to the latest version(s).

At first, I thought it was due to the updated driver. I reverted to the old driver but the error persisted. I tried to uninstall and then install the driver again but to no avail. The error seems strange and it had something to do with either Radeon settings program not being updated or the driver version not being updated.

I searched the Internet for a possible solution but didn’t come up with any solid solution except one which gave way to the final solution. I have finally been able to fix the issue myself and now the Radeon graphics settings are opening just fine. Let’s go through the solution steps to document the exact solution.

You will need to restart the computer after making changes to the registry.

After restarting the computer, right-click the empty space on the Desktop and select AMD Radeon Settings. This should open the settings.

Please note that, as suggested in Reddit thread, if you leave the DriverVersion value blank, this may seem to fix the issue but the Radeon settings will not open. You will get a loading cursor sign and nothing else will happen no matter how many times you open the settings.

After restarting the computer, you will no longer get the error message “Radeon Settings Version and Driver Version Do Not Match” as we have already made sure that the version numbers of both the settings app and the actual driver are the same.

The latest versions of AMD’s graphics drivers are designed to be used with a new version of the Radeon Settings Utility available on the Microsoft store.

This issue can be resolved by uninstalling the existing AMD Radeon Settings application. Then search for and download the AMD Radeon Software application from the Windows Store. 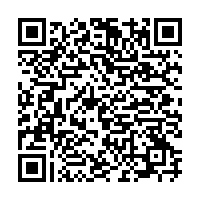 I hope this will resolve your issue. Please let us know about your experience in the comments below.

How to Fix Connected Wi-Fi But No Internet Access